BDSG Activities with KIDS from Kyoto University in West Java

- October 14, 2011
BDSG hosted KIDS activities in Indonesia this year. In the previous years, KIDS used to conduct its activities in different cities in Indonesia, such as Yogyakarta, Aceh, Bali and Jakarta. But this year KIDS decided to conduct activities fully around Bandung. It was a very good opportunity for BDSG to develop its organization and gather more members through the cooperation with KIDS J KIDS members stayed with us for 10 days from the 21st of September to the 30th.
We had three main activities this year with KIDS: (1) Sharing our organizations’ view and experience through the International University Exchange Seminar which was organized by ITB (Institut Teknologi Bandung) and Toyohashi University, (2) conducting disaster education in four elementary schools in Bandung and Garut, and (3) implementing Disaster Risk Reduction (DRR) Homestay Program in Bandung and Ciwidey.
The International University Exchange Seminar in which we presented our organizations was held in September 21 2011 in ITB. The participants were students of Toyohashi University (and their teachers), ITB, and members of KIDS, Wasend, and BDSG. We were given about 15 minutes to present about our organizations in line with the seminar’s theme: The Role of Youth in Disaster Management.
Our elementary school sessions were held in SD Sukajaya 3 Garut, SD Muhammadiyah 1 Garut, SD Haur Pancuh 1 Bandung, and SDN Cibaduyut 2 Bandung. The participants were 4th and 5th graders. The methods were designed by KIDS members before coming to Indonesia. They practiced a lot particularly for the role play which should be played in Indonesian (and they were really good in performing in Indonesian!). The role of BDSG members was organizing the sessions to be held with the schools and facilitating the sessions to be better understood by children. Before the sessions, we held a rehearsal together and improve the methods after some discussions. There were three methods used in the school sessions:
1.    Doraemon role-playing by using large papers and models to explain the mechanism of earthquake
2.    6-steps poses of recommended response to earthquake, children memorize and performed in groups
3.    Karuta game followed by discussions on earthquake’s recommended responses in small groups
After each school we held an evaluation to improve our performance as facilitators in the next school.
DRR Homestay Program was one of BDSG member’s original idea to practice DRR in household level and promote mutual understanding between Japanese and Indonesian. We improved the initial tool and method by conducting a simulation of DRR Homestay in a house in Garut. We divided our members (of both BDSG and KIDS) into three groups to identify capacities and vulnerabilities of three rooms (living room, dining room, and kitchen) in the house. Each group also listed up possible actions to be done to reduce the risk if an earthquake happens. Finally each group presented their findings to the whole members, discussed about the applicability of the method and how to improve it. The DRR Homestay Program was finally held in two houses, one in Bandung City (one BDSG member and two KIDS members) and the other one was in Ciwidey (two BDSG members and two KIDS members). Both groups managed to interact with the host families and implemented DRR actions, such as moving heavy objects to a safer place and managing computer & TV cables to avoid fire when earthquake occurs. All participants of DRR Homestay Program found this approach interesting and useful to promote DRR in household level.
We all had fun in this year’s activities with KIDS, and we hope to continue our cooperation and expand our activities’ positive impacts to more people!
English Events 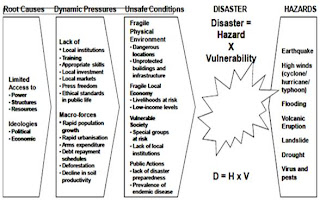